Our unquenchable thirst for space exploration seems like a never ending quest. We are pushing boundaries of science as further as we can. There are a myriad of missions already in the history books, and many more underway. We’re at a pivotal time in our exploration of space. With a bit of luck and science, we may soon be able to explore more freely and understand the nature of the universe. There are hundreds of outer space mission to be putted on this list, but we have space only for 10 of them. Mars 2020 is a Mars rover mission by NASA’s Mars Exploration Program with a planned launch on 17 July 2020, and touch down in Jezero crater on Mars on 18 February 2021.The Curiosity rover has been a huge success. After landing on mars in 2012, the rover has lasted much longer than the original design life, and has traveled farther on mars than any robot before it. The Mars 2020 rover will be equipped to investigate the geology of Mars with an eye toward detecting the signs of past (or present) life on the Red Planet. It will use Raman Spectroscopy and x-ray lithochemistry to identify elemental components and organic materials on Mars with much more sensitivity than Curiosity can. Russian agency Roscosmos has partnered with Space Adventures to create a new tourist destination…in space, and the Russian space agency also has plans to turn a decommissioned International Space Station into a luxury hotel. During the same launch window as Mars 2020, this collaboration between the ESA and Roscosmos aims to discover if life ever existed on the red planet. This plan has already been set in motion—in 2016, the Trace Gas Orbiter (TGO) was launched in order to determine if there’s methane or other gases present on Mars and 2017’s ExoMars Lander was sent as a vanguard for the eventual rover, but it crashed into the Red Planet’s surface. Gaganyaan (“Sky Craft”) is an Indian crewed orbital spacecraft intended to be the basis of the Indian Human Spaceflight Programme. The spacecraft is being designed to carry three people, and a planned upgraded version will be equipped with rendezvous and docking capability. In its maiden crewed mission, Indian Space Research Organisation’s largely autonomous 3.7-tonne capsule will orbit the Earth at 400 km (250 mi) altitude for up to seven days with a three-person crew on board. The crewed vehicle is planned to be launched on ISRO’s GSLV Mk III in December 2021.[5][6] This HAL-manufactured crew module had its first un-crewed experimental flight on 18 December 2014.[7] As of May 2019, design of the crew module has been completed. Elon Musk’s company, SpaceX, plans to launch an unmanned mission in 2022 to “confirm water sources, identify hazards, and put in place initial power, mining, and life support infrastructure”. In 2024, Musk wants SpaceX to send a manned spacecraft to Mars with the primary objectives of “building a propellant depot and preparing for future crew flights,” though SpaceX is quick to label these goals “aspirational.” The Laser Interferometer Space Antenna is a mission led by the European Space Agency to detect and accurately measure gravitational waves—tiny ripples in the fabric of space-time—from astronomical sources. LISA would be the first dedicated space-based gravitational wave detector. Deep Space Industries (DSi) plans to send Prospector 1 to a nearby asteroid and assess its suitability for mining precious materials. It will then land on the asteroid, creating humanity’s first commercial base on another celestial body.This is all in preparation for a much grander mission, which is to build a new type of spacecraft that will mine the asteroid on an industrial scale, and then bring the harvest back into Earth’s orbit. The Square Kilometre Array (SKA) is a radio telescope project proposed to be built in Australia and South Africa. If built, it would have a total collecting area of approximately one square kilometre.[1][2] It would operate over a wide range of frequencies and its size would make it 50 times more sensitive than any other radio instrument. It would require very high performance central computing engines and long-haul links with a capacity greater than the global Internet traffic as of 2013.[3] It should be able to survey the sky more than ten thousand times faster than before. The Parker Solar Probe (formerly Solar Probe Plus) is built to with withstand the intense 1,377°C heat from the Sun as it “touches” it from within six million kilometres, seven times closer than any spacecraft before it. Once there, it will help us answer why the Sun’s corona is hotter than the surface of the Sun and why we have solar wind. It will also travel at 200km/s, making it the fastest man-made object ever made. 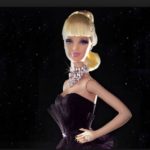 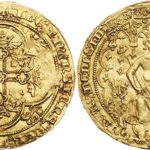