That day is not far when we will destroy the earth either by nuking or by pollution itself. NASA has already started looking for earth like habitable planets. But the main problem is ‘How to get to there’. Where most of them being 4 to 1000 of lightyears away, it would take million of years for us to reach there. Till now there is only one planet we know that can support life and that is earth. We narrowed the list down to the 10 most potentially habitable ones based on their earth similarity index. here is the list of 10 potentially habitable planets. Kepler-438b is a confirmed near-Earth-sized exoplanet. Discovered by scientists at the Harvard-Smithsonian Center for Astrophysics, this planet is 470 light-years away in the Lyra constellation. It has a dwarf star, is in the habitable zone, and has both a rocky surface and the potential for flowing water. K2-3d is a confirmed massive solid exoplanet orbiting the red dwarf star K2-3. It is located 137 light-years away from Earth in the constellation of Leo. In contrast to Earth, K2-3d orbits close to its star but the temperature of the star and distance of the orbit still puts the planet in the habitable zone. Kepler-1544 b is an exoplanet orbiting the star Kepler-1544, located about 1138.3 light-years away from Solar System. First announced in 2016, Kepler-1544b orbits around its star every 168.8 days. While it’s in the habitable zone, it’s just scratching the surface. Proxima Centauri b is an exoplanet orbiting in the habitable zone of the red dwarf star Proxima Centauri, which is the closest star to the Sun and part of a triple star system. It is located about 4.2 light-years from Earth in the constellation of Centaurus, making it the closest known exoplanet to the Solar System. Because of its close-in orbit, Proxima b completes a revolution around its sun in just 11 days. Gliese 667 Cc is an exoplanet orbiting within the habitable zone of the red dwarf star Gliese 667 C, which is a member of the Gliese 667 triple star system, approximately 23.62 light-years away in the constellation of Scorpius. Its host star is a red dwarf, with about a third as much mass as the Sun. The planet distance from earth is 22.18 light years. Kepler-442b is a super-Earth, an exoplanet with a mass and radius bigger than that of Earth, but smaller than that of the ice giants Uranus and Neptune. Orbiting within the habitable zone of the K-type main-sequence star Kepler-442, about 1,206 light-years, from Earth in the constellation Lyra. Wolf 1061c or WL 1061c is an exoplanet orbiting within the habitable zone of the red dwarf star Wolf 1061 in the constellation Ophiuchus, about 13.8 light years from Earth, making it the fifth closest known, potentially habitable, and confirmed exoplanet to Earth, yielding interest from astronomers. TRAPPIST-1d is a small exoplanet, which orbits on the inner edge of the habitable zone of the ultracool dwarf star TRAPPIST-1 approximately 40 light-years away from Earth in the constellation of Aquarius. The exoplanet was announced to be orbiting on the inside part of the expected habitable zone of its parent star. The region where, with the correct conditions and atmospheric properties, liquid water may exist on the surface of the planet. Gliese 832 c is an extrasolar planet located approximately 16 light-years away in the constellation of Grus, orbiting the star Gliese 832, a red dwarf. It is in its star’s habitable zone and a big reason for its high rating is it receives the same amount of solar flux as the earth in the habitable exoplanets catalog. 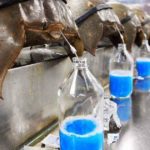 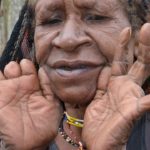