While travelling you may encounter many places and cultures with weird traditions. Some of which are very painful and look unnecessary. Sometimes you will find it hard to understand them, whereas those rituals seem perfectly fine to the followers of that specific culture. However there is one thing you should keep in mind when observing these traditions. Here 10 of the most bizzare and weird traditions still followed around the world.

10 –Dancing with the dead The Malagasy people of Madagascar perform this unusual tradition called Famadihana wherein they bring the dead bodies from their homes from the crypts and wrap them in a fresh cloth. Then they dance with the corpses around the tomb to live music. It is considered that it will place a link between the dead and the living. The relatives of the dead dress well, go to the tomb, to see the remains of the deceased relatives and friends, all closed persons are invited to this event. For the Satere-Mawe tribe of the Amazon, you can’t become a man if you don’t take part in this ritual. When a young boy becomes sexually mature he goes out into the jungle with the Medicine man and other boys his age to find and gather bullet ants. The sting from these ants has been compared to a bullet hitting the flesh. The ants are then drugged by some herbs given to them by the Medicine Man. When the ants wake up they find themselves trapped and become very angry and aggressive. The boys must put on the gloves and keep them on for about ten minutes. The boys must endure this pain 20 times before they can prove they are men. During the celebration of the religious holiday Thaipusam, Hindus declare their devotion to Lord Murugan by piercing various parts of their bodies. It is mainly observed in countries where there is a significant presence of Tamil community such as India, Sri Lanka, Malaysia, Mauritius, Singapore, Thailand and Myanmar. They do this with painful piercings around the body, including the tongue. Over time, the rituals have become more dramatic, colorful, and bloody, with large spears and hooks through the chest and face The bizarre ritual of throwing newborn babies off a temple 50ft high and catching them in a cloth has been celebrated in India since last 500 years. It is practised by couples who are blessed with a child after taking a vow at the Sri Santeswar temple near Indi, in the state of Karnataka. The ritual is observed by both Muslims and Hindus every year and takes place amid tight security. It is believed to bring good luck to the babies. Around 200 babies are dropped by their parents every year, and most of the infants are under two years old. Having some fun before the wedding is great, but this pre-wedding ritual in Scotland doesn’t seem like a lot of fun for the bride. The custom involves throwing eggs, spoilt milk and, basically, all things disgusting at her. The ‘blackened bride’ is then taken around the town. The custom is a metaphor for the tough life that the bride might have to go through after the wedding. Women of the Kayan Lahwi tribe are well known for wearing neck rings, brass coils that are placed around the neck, appearing to lengthen it. Girls first start to wear rings when they are around 5 years old. Over the years, the coil is replaced by a longer one and more turns are added. The biggest tomato fight in the world. La Tomatina, the annual Tomato Throwing Festival, held in the Valencian town of Buñol, Spain. It is held on the last Wednesday of August, during the week of festivities of Buñol. The participants throw tomatoes and get involved in this tomato fight purely for fun. Feeding the dead is a tradition of Romans where they pour honey, wine and food into the grave of the dead through a pipe. Feeding The Dead: In the Vatican of Roman burial grounds, graves contain pipes that led to the outside of the Graveyard. Masaai- an African tribe, has its own kind of spitting culture. The people of this tribe greet each other while spitting on each other’s faces. No, trust me, unlike us, they don’t get offended by this eccentricity. The Masaai tribe has been practicing this tradition for quite a long time to ensure a healthy relationship with each other. In fact, when a baby is born in Africa, all the relatives and friends celebrate the occasion by washing the baby completely with their saliva. This might seem unrefined to many of us but it is their way of showing respect. The Dani (or Ndani) tribe is the indigenous people that inhabit the fertile lands of the Baliem Valley in West Papua, New Guinea. The members of this tribe cut off their fingers as a way of displaying their grief at funeral ceremonies. When a family member passes away, women from this tribe have to suffer physical pain besides suffering from emotional grief. And to do so, they cut off a part of their fingers. This is supposedly done to ‘satisfy ancestral ghosts’. which one of them you think tops the list..tell us in the comment section. 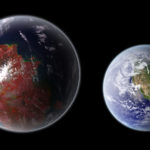 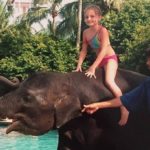