Like it or not we all know that someday in the future there will be a zombie apocalypse. There may be a Zombie parasite somewhere in a lab, trying to break out of there and infect the whole world. We took into consideration several factors, including population density, climate, topography, gun-ownership rate, military capability, natural resources, and public infrastructure. So, below are the top ten safest countries in a zombie apocalypse . Sweden is a Scandinavian nation with thousands of coastal islands and inland lakes, along with vast boreal forests and glaciated mountains. It has a favorably small population and many natural defenses help Sweden capture the tenth spot. Its military is well trained, well equipped, and solely focused on national defense. Norway, officially the Kingdom of Norway, is a sovereign and unitary monarchy whose territory comprises the western portion of the Scandinavian Peninsula plus the island Jan Mayen and the archipelago of Svalbard. Besides Norway came in second in Gold Medals at the 2010 Winter Olympics, showing they know how to thrive in icy conditions. A lot of snowy land and a few hearty people is a recipe for survival. Argentina is a massive South American nation with terrain encompassing Andes mountains, glacial lakes and Pampas grasslands. The eighth largest country in the world by land mass, Argentina is sandwiched by the Andes Mountains and Atlantic Ocean. Its urbanization keeps it from climbing higher on the list. Mongolia is a landlocked unitary sovereign state in East Asia. Its area is roughly equivalent with the historical territory of Outer Mongolia, and that term is sometimes used to refer to the current state. But, what pushes it down to the list is the fact that it is bordered with the highly populated country China. New Zealand is an island nation in the southwestern Pacific Ocean. The country geographically comprises two main landmasses—the North Island, and the South Island. Due to its remotness and low population, It is considered to be as on of the best country to stay in an zombie apocalypse. Kazakhstan is the world’s ninth biggest country by size, and it is more than twice the size of the other Central Asian states combined. Borat made the whole world laugh at this country, but Kazakhstan may get the last laugh. The rugged terrain, formidable climate and an extremely low population density are key survival factors. Russia, known as the “Russian Federation”, was formed on Dec 25, 1991. It is located mainly in Asia, while a portion of it remains in Europe. Low population density, huge land barriers, and a battle-tested people give Russia the number four spot. If the Nazis couldn’t take Leningrad, there’s no reason to think Nazi zombies will. Iceland, also called the Republic of Iceland, is a Nordic island country between the North Atlantic and the Arctic Ocean. Iceland ranks low on the list for several critical lapses in its Zombie Preparedness Plan, but will able to leverage certain advantages few other nations can. Iceland does have something that most other nations don’t. It is capable of harnessing vast amounts of the Earth’s geothermal energy to heat its homes and provide power. Canada is by size, the largest country in North America, second in the world overall. Though its thirty-five million residents are packed along a thin strip at the country’s southern border, gun ownership is common, and there’s plenty of room to head north when the stuff hits the fan. Besides they are one of the few countries in the world to have a zombie apocalypse plan. Australia is a country and continent surrounded by the Indian and Pacific oceans. This vast nation grabs the top spot because of its population density of just 7.5 people per square mile, and the fact that it has the world’s biggest moat surrounding it on all sides. 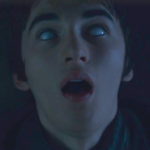 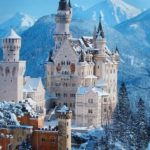