The world has faced two world wars till date and the third world war if occurs will take the world back to the ancient time from where we have progressed slowly and steadily. Here follows the list of the top ten countries that would most likely cause the third world war. Egypt is one of the most powerful nations in the Middle East. The fact that they are one of the biggest players in the bonding of the Muslim nations is a cause of concern for the fellow countries. Further their relations with its neighbor country ISRAEL are very concerning. You can hear news any day of one attacking the other. And if that happens then this will for sure ignite the third world war. This country in the Middle East is one of the threats to the world’s peace. Lately there have been many issues on politics and economy of this nation. If everything is not restored very quickly then there might be a possibility that Turkey can strike out its enemy countries in the time to come. The good governance is lacking in this Asian country and the terrorist have a place to live. The enormous amount of terrorism that has spread there has made things very difficult to handle. Further it does not have good relations with the neighboring countries as well. Pakistan is fully equipped with the nuclear war heads and many superpowers have feared that these weapons can reach to the hands of the terrorist and that can be used against the world’s peace. China is also among the league of such nation which can trigger the start of the third world war. China has not been in good terms with some of its neighboring countries. The Chinese discomfort against the Taiwan and the United States is well-known and any move against them can lead to the possibility of the world war three to start. USA is the largest economy in the world and thus clearly, will be the biggest victim of the war. With countries like Russia, Iran and North Korea already targeting it.This may result in an even bigger inflation in the country, and if the government then isn’t efficient enough, it will also result in huge economic drainage. As Donald Trump has recently claimed, and it might just come true, USA may be rendered as a third world country after the war. Right from the earlier world wars where they were represented as USSR, Russia has always been a superpower and a nation that can trigger the world war at any moment. Their dispute with the United States is well-known and every one can wonder what will happen when these two superpowers will fight their heart out to defeat the other. Iran is the country which is so much troubled now with its internal political affairs. that day is not that far when Iran will be attacked for its rogue behavior. Further Iran has support of the Muslim countries and that any attack on Iran can be a trigger for the world war three to get started. This country is well supported by the superpower Russia and the united States have also occupied a portion of it. The point which is very essential to know here is that Syria is very much equipped with the nuclear weapons and in this current scenario the Syrian government is not at all in a state to protect these. The moment is not that far when this country will trigger the nuclear weapon and so the other countries will start fighting with each other. If you look at the current political and military situation there, you will feel that there is a possibility that this country may ignite the third world war.And if this happens then this will be the starting of the third world war as all the Muslim countries will come together in aid of each other and the current superpowers will have to intervene to save the world. 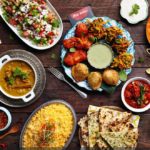