North Korea likes to keep everything a secret. Can be called as ‘Mythical Country’. due to the lack of information, a lot of myths have been created about it. However, some of them eventually turned out to be true. Its a long list of things that you can and cannot do in  North Korea. We have shortlisted 10 of them. So,here are 10 bans and restrictions only found in North Korea. North Korea uses the Juche Calendar, which was adopted in 1997. the calendar is based on the birth of Kim Il-sung which occurred on April 15, 1912. Sung was the father of Kim Jong-il, who died in 2011, and the grandfather of current “Supreme Leader” Kim Jong-un. 1912 was designated Juche 1.Which means 2019 in Pyongyang is actually Juche 108. On election day, the entire population aged 17 or older must come out and vote.As a sign of loyalty you’re expected to turn up early, that means there’ll likely be long queues.Once it’s your turn, you receive a ballot paper with just one name on it. There’s nothing to fill in, no boxes to tick. You take that paper and put it into the ballot box, which is located in the open. You guessed it correct, 100% for the leader. North Korea is strictly against western culture. A pair of ‘Blue Jeans’ is a symbol of western culture which has been “spread” by their eternal enemy- America, and their denim ban sends a clear anti-west message. If you are a tourist you will not be told anything but you will have to change if you visit memorials of Kim II Sung and Kim Jong II. North korea has a three generation of punishment rule. If one person violates a law or is sent to prison camp, it affects their whole family. Grandparents, parents, and children of the violator are sent to work with them. There is a fake propaganda city near the south korea border. As a way to intimidate South Korea and put on a front,North Korea’s creepy fake civilian village fools no one. Peace Village was built after the Korean War. Builted to attract enemy bombers away from the real city. There are only 5 television and radio channels which broadcast shows, movies, plays, and so on. Though they are all quite politicized, connected to current events in the country, and praising all 3 Kims. :- There are currently nearly 200,000 prisoners in work camps. A growing number of prisoners continue to fill the estimated 16 work camps.Kang Cheol-hwan, a North Korean defector, was confined at the Yodok concentration camp, otherwise known as Camp 15, used to imprison so-called enemies of the state.He also recalled a memory of watching a man being hanged.“It was not only the hanging itself, but the fact that the guards forced prisoners to throw rocks at the body and left it hanging there for a week until the birds had pecked at it so much it was beyond recognition.” Half of the people lives in extreme poverty. This means half of the 24 million people don’t even have access to basic human needs. North Korea’s annual GDP per capita is $1,800, making it 197th in the world and only 2 percent of South Korea’s. One-third of North Korean children are stunted from malnutrition. Public transportation connecting the main towns is nearly non-existent as citizens need permits to go from one place to another even within the country. Because of this, the streets in North Korea are so empty that children use them as playgrounds . 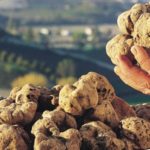 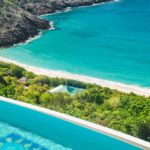