There is something alluring about lost cities. They are places where time seems to stand still, where mysteries and secrets abound. They are the stuff of legend and myth. There are many lost cities around the world, from the ancient city of Babylon to the lost city of Mohenjodaro. Here are ten of the most fascinating and mysterious lost cities in the world that no longer exist.

The sunken city of Dwarka is one of the mysterious Lost Cities on Earth. Located in the Gulf of Cambay, off the coast of Gujarat, India, this ancient city is said to be the dwelling place of Lord Krishna. The city is mentioned in many ancient texts, including the Mahabharata, and is said to have been destroyed in a great flood.

Dwarka was first discovered in 2001 when a team of Indian archaeologists using sonar and other scanning technology found evidence of a large city at the bottom of the Gulf of Cambay. The city is around 12,000 years old, making it even older than the ancient city of Mohenjo-Daro.

Since its discovery, there has been much speculation about the true nature of Dwarka. There is still much to know about this lost city, and it is sure to be the subject of much speculation and debate for years to come.

In March 2008, a team of archaeologists from the Deccan College Post-Graduate and Research Institute and the Rajasthan Institute of Heritage and Art Research (RIHAR) excavated a lost city in the Hanumangarh district of Rajasthan. The city, which was named Kalibangan (literally, “black bangles”), is more than 5,000 years old and was once a major center of the Indus Valley Civilisation.

The excavation at Kalibangan revealed a city that was much larger and more complex than previously thought. The city is in two parts: a citadel on the west bank of the dried-up riverbed and a lower city to the east. The citadel is surrounded by a wall and has a large number of buildings, including a massive gateway. The lower city was also fortified and contained a number of large buildings, including a granary, a citadel, and a warehouse.

The most significant discovery at Kalibangan is a massive mud-brick platform which is commonly for ritualistic ceremonies. This platform, which is the largest of its kind found in the Indus Valley Civilisation, is thought to have been used for sacrifices and fire ceremonies. The discovery of this platform has shed new light on the religious practices of the Indus Valley Civilisation.

Babylon, the lost city, is one of the most mysterious places on Earth. It was founded in the 18th century BC by the Babylonian king, Hammurabi. It became the most powerful city in the world thanks to its strategic location on the Euphrates River. Babylon was also home to some of the most impressive architecture in the world, including the Hanging Gardens of Babylon, one of the Seven Wonders of the Ancient World.

But Babylon’s glory days were short-lived. The city was sacked by the Persian king, Cyrus the Great, in 539 BC, and it never recovered. The ruins of Babylon can still be seen today, and they are a popular tourist destination.

The ancient city of Calakmul is located in the Mexican state of Campeche. It was once one of the most powerful cities in the ancient Maya world. At its peak, Calakmul was home to over 50,000 people.

The city was abandoned in the Postclassic period (900-1521 AD), and its ruins were largely forgotten. However, in the 1930s, Calakmul was rediscovered and excavated by archaeologists. Today, the site is a popular tourist destination, and it is protected as a UNESCO World Heritage Site.

The ruins of Calakmul are spread out over an area of more than 5 square kilometers. The most important structures are the Palace and the Temple of the Jaguar.

The lost city of Pompeii is an archaeological site located near the modern city of Naples in the Campania region of Italy. Pompeii was destroyed and buried under 4 to 6 meters of ash and pumice in the eruption of Mount Vesuvius in 79 AD. The ruins were rediscovered and excavated in the 18th century.

The city of Pompeii is a valuable archaeological site because it provides a window into life in the Roman Empire. Ash and pumice preserved the city, and many of the buildings and artifacts remain intact. Pompeii was a large city with a population of approximately 12,000 people. The city was divided into several districts, each with its own unique character.

The most famous building in Pompeii is the Temple of Apollo, which was destroyed in the eruption of Mount Vesuvius. Other notable buildings include the Forum, the Baths, and the Theater. The artifacts found in Pompeii provide a glimpse into the everyday life of the people living in the Roman Empire. The frescoes and mosaics found in the ruins are some of the most famous in the world.

The lost city of Mohenjo-Daro is one of the most fascinating archaeological sites in the world. Located in the Larkana district of Sindh, Pakistan, this ancient city was once the center of a thriving civilization that is now long gone.

Despite being lost for thousands of years, Mohenjo-Daro is still one of the best-preserved archaeological sites in the world. It is built on a platform made of bricks, and the buildings were constructed out of fired bricks and mortar. The city is in two parts: the Citadel and the Lower City. The Citadel was the wealthier section of the city, while the Lower City was home to the poorer citizens.

The city was also home to a large number of public baths and lavatories, which is a testament to the high level of hygiene and sanitation that was maintained in the city. Mohenjo-Daro was also one of the first cities in the world to have a drainage system, which helped to keep the city clean and healthy.

The ancient city of Caral is located in the Supe Valley in the Peruvian coastal desert. It is the oldest city in the Americas, dating back to 2600 BC. Caral was a thriving city with a population of around 3000 people, who lived in permanent dwellings, made of adobe and mud. They had a complex society, with a well-developed religion and art, abandoned around 1800 BC, for unknown reasons.

Caral is a fascinating city, and a valuable archaeological site. It provides us with a glimpse into the lives of the people who lived there over 4000 years ago. The city is well-preserved and provides us with a wealth of information about their culture and way of life. Caral is a must-see for anyone interested in archaeology or ancient history.

Gobekli Tepe is an archaeological site in southern Turkey, approximately 12 km from the Syrian border. It consists of a series of carved limestone pillars, with most of the remaining pillars about 3 m high. The site was first discovered by Klaus Schmidt of the German Archaeological Institute in 1994. Schmidt believed that Gobekli Tepe was a Neolithic temple, but excavations have since shown that the site was actually used by hunter-gatherers in the 10th millennium BC. The site has been called “the most important archaeological discovery of the 21st century.”

The discovery of Gobekli Tepe has caused scholars to re-evaluate the origins of civilization. It is now believed that civilization began not with agriculture, as was previously thought, but with the development of religion and architecture. Gobekli Tepe is the first known example of a temple, and it is thought that temples were the first places where humans gathered to worship the gods.

Troy is one of the most famous archaeological sites in the world. The city was located in what is now northwestern Turkey, and was first excavated in the 1870s by Heinrich Schliemann. Schliemann claimed that Troy was the site of the legendary city described in Homer’s epic poem the Iliad, and many scholars have since agreed that Troy is in fact the same city as Homer described.

The first excavations at Troy were conducted very poorly, and many of Schliemann’s findings were later debunked. However, subsequent excavations have confirmed that Troy was a real city, and that it was indeed destroyed in a catastrophic fire around 1200 BC. Troy was a rich and prosperous city, and its destruction was a major event in the history of the region.

Today, Even after being among the Lost cities, Troy is a popular tourist attraction and is one of the most excavated archaeological sites in the world. The ruins of Troy are a fascinating glimpse into the lost world of the ancient Greeks.

Petra was discovered by Johann Ludwig Burckhardt in 1812. He was a Swiss explorer who disguised himself as an Arab to explore the Middle East.

Before joining the long list of lost cities, Petra was the capital of the Nabataean kingdom, which was a wealthy and powerful trading empire in the first century AD. The city is built on a narrow gorge and is surrounded by high cliffs. It was a major center for trade and commerce, and was famous for its carved rock tombs and temples.

The city was abandoned after the Arab conquest of the region in the seventh century AD. It was forgotten for over a thousand years, until it was rediscovered by Johann Ludwig Burckhardt in 1812.

Since then, Petra has become one of the most popular tourist destinations in the world. It is a UNESCO World Heritage Site, and is visited by millions of tourists every year.Did you like our list of Lost cities, react below. 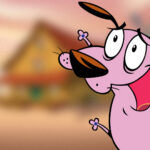