Bojack Horseman is one of the best-talking animals on TV. He’s a self-centered, washed-up actor who lives in a world where humans and anthropomorphic animals coexist. Despite being a horse, Bojack is very relatable – he’s plagued by insecurity and self-doubt, and he often drinks and smokes to cope with his problems.

What makes Bojack Horseman so great is that it’s not just a funny cartoon about a talking horse. It’s a dark and introspective show that deals with serious issues like addiction, depression, and trauma. The show is also peppered with hilarious one-liners and sight gags that will keep you laughing even when the characters are dealing with some pretty heavy stuff.

If you’re looking for a funny, thought-provoking show to watch, Bojack Horseman is definitely worth checking out.

What’s not to love about a bear who loves picnics and hates humans? Yogi Bear first hit the small screen in 1958, and has been a mainstay of TV ever since. His show has undergone a few changes over the years, but Yogi’s personality has always remained the same. He’s a classic trickster, always out to get one over on those pesky humans. But despite his mischievous streak, Yogi is a good-hearted bear at heart, and always looks out for his friends.

Yogi Bear is a perfect example of a character that has stood the test of time. His wry sense of humor never fails to entertain, and his laid-back attitude is a welcome respite from the stress of everyday life.

Pooh is always there for his friends, no matter what. He’s always willing to lend a helping hand, or a shoulder to cry on. And he always knows just what to say to make everyone feel better.

He is by far one of the most popular and beloved talking animals character in history, and it’s easy to see why. Always cheerful and happy and his goofy antics always make people laugh. He is also a very competent detective and is always able to solve the mystery and help catch the bad guys. His friendship with Shaggy is also one of the most popular aspects of the show, and the two of them always provide plenty of laughs.

Bugs Bunny is one of the all-time greats. He’s been around since the 1940s, and he’s still going strong. He’s got a quick wit and a sharp tongue, and he’s not afraid to take on anyone – including Elmer Fudd, Yosemite Sam, and the Road Runner.

Kermit is beloved by fans for his dry wit and clever humor. he is a master of the one-liner, and his deadpan delivery often leaves audiences in stitches. his self-deprecating jokes also make him one of the most likable characters on the show. he is relatable and down-to-earth, despite his status as a muppet.

Kermit is also known for his powerful emotional moments. his ballad “rainbow connection,” from the muppet movie, is one of the most iconic and beloved songs in movie history. the song is about the power of hope, and its message is as relevant today as it was when the movie was released in 1979.

Courage the Cowardly Dog is a scaredy-cat dog who lives with an elderly couple in the middle of nowhere. He is always coming up with ways to save his owners from the monsters and other dangers that lurk in the night, even though he’s terrified of them.

Courage is a great role model for kids because he never gives up, even when he’s scared. He always tries to face his fears, and he always does the right thing. Courage is also a great source of comic relief, and his antics are sure to make kids laugh.

There’s no mistaking that Brian Griffin is one of the best-talking animals on TV. He’s witty and clever, and always provides interesting commentary on the events of the show. He’s also a great friend to the Griffin family, always there to lend a helping hand (or paw).

But what makes Brian so unique is that he’s not just a talking animal – he’s a thinking animal. He’s able to engage in complex conversations with the other characters on the show, and his insights always add something new to the plot, whether he’s providing comic relief or playing the role of moral compass.

Garfield is on this list because he is a realistic representation of what a talking animal would be like. He is lazy, sarcastic, and loves to eat. He also has a very realistic attitude about the human world, which makes him a relatable character.

But Garfield is also a smart cat, and he often uses his sharp wit to help out his friends or solve a problem. We love watching him on TV because he always makes us laugh, but we also appreciate his intelligence and clever observations.

There’s something about Baloo from The Jungle Book that just makes us all smile. He’s a lovable, cuddly bear with a quick wit and sharp tongue. He’s the best talking animal on TV. Baloo is always one step ahead of everyone else in the jungle. He’s always quick with a joke and even quicker with a comeback. He’s the perfect friend to have around in a pinch.

But he is more than just a funny guy. He’s also a loyal friend and a fierce protector. He’s always there for Mowgli, no matter what. We can all learn a thing or two from Baloo. He’s always upbeat, even in the toughest situations. He never lets anything get him down. 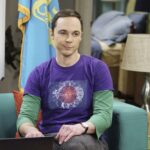