The funniest Characters on TV are undoubtedly those who are able to make us laugh with their clever wit, outrageous antics, and sharp humor. Whether they are relatable, unique, or over the top, these characters make us laugh every time they are on screen. There are a lot of funny characters out there, but we’ve narrowed it down to our top 10 funniest TV characters of all time.

There’s no getting around it – Sheldon Cooper is one of the funniest characters on television. His quirky, off-the-wall sense of humor is one of the things that make him so lovable. Whether he’s making jokes about his beloved trains or coming up with wacky nicknames for his friends and family, Sheldon always keeps us entertained.

Sheldon’s humor is also often a way for him to deal with difficult situations. When he’s feeling overwhelmed or frustrated, he’ll often crack a joke to lighten the mood. This can sometimes get him into trouble, but it always makes for a good laugh.

There are many hilarious moments in the show Friends, but few are as side-splittingly funny as when Phoebe Buffay begins to sing. She has a strange, off-key voice that is uniquely her own, and her singing always seems to take her unsuspecting friends by surprise. Phoebe’s barn animals song is just one example of her talent for making us laugh. She always seems to know just what to say to make us smile.

Phoebe is the ultimate hippie chick who is always upbeat and positive, no matter what life throws her way. Her zany sense of humor always keeps things interesting, and her unique way of looking at the world always makes us laugh.

Barney Stinson is one of the funniest and most iconic characters on How I Met Your Mother. He is known for his outrageous style, his clever catchphrases, and his love of women. He is a lovable rogue who always seems to be one step ahead of everyone else.

Barney is a master of manipulation, and he uses his charm and wit to get what he wants. He is also a very confident individual, and he isn’t afraid to take risks. He is always up for a challenge, and he loves to push the envelope.

Barney is a ladies’ man, and he has a lot of experience when it comes to dating. He knows how to read women and he knows how to please them. He is also a great friend, and he is always there for his friends when they need him.

Dwight Schrute is one of the most memorable characters from the popular TV show “The Office.” He is a quirky and unique individual with a bizarre sense of humor. Dwight is always coming up with outrageous schemes and plans, and he loves to prank his co-workers. He is also a very hard worker and is always trying to prove himself to his boss, Michael Scott.

Despite his strange behavior, Dwight is actually a very smart and talented individual. He is a certified Scuba diver and is an expert in martial arts, he is also a skilled salesman. Dwight is a very interesting character and it’s always fun to watch him interact with the other employees at Dunder Mifflin.

Phil Dunphy is the character on the hit TV show Modern Family. He is the typical goofy dad who is always making jokes and trying to be the life of the party. He is also a loving husband and father who is always there for his family.

What makes Phil Dunphy so funny is his unique brand of humor. He is not afraid to make jokes about himself or to make fun of other people. He also has a great sense of timing and knows how to deliver a punch line.

Phil Dunphy is also a very physical comedian. He loves to use his body to express himself and to make people laugh. He is always doing silly dances or making funny faces.

Homer Simpson is one of the funniest and most beloved characters on television. He is known for his trademark phrases, such as “D’oh!” and “Mmm… don’t look at me like that, it makes me hungry,” and for his love of beer and donuts. But Homer is more than just a bumbling oaf; he is also a devoted husband and father who is fiercely loyal to his family.

Homer is a bit of an Everyman, and his struggles and triumphs are often relatable to viewers. He has his share of faults, but he is also a good-hearted person who is always trying to do the right thing. He is a character that viewers can root for, and his antics are always sure to bring a smile to their faces.

Joey is also a character who is not afraid of making mistakes, and is often the one who gets into the most trouble. But this only adds to his charm, and makes him even more endearing to viewers. He is someone who is always willing to learn from his mistakes, and is always working to become a better person.

Overall, Joey Tribbiani is an absolutely hilarious and lovable character who is sure to make you laugh out loud. He is someone who is always good for a laugh, and is someone you will definitely enjoy watching on TV.

Peter Griffin is one of the funniest and most clever characters on Family Guy. He is the patriarch of the Griffin family and is always getting himself and his family into all sorts of trouble. He is also a great husband to Lois and father to Chris, Meg and Stewie.

Peter is known for his outrageous sense of humor and his ability to come up with hilarious one-liners. He is also an expert at making fun of people, which often leads to some pretty hilarious moments. Peter is definitely one of the funniest characters on TV and is always enjoyable to watch.

Michael Scott is the funniest character on the hit TV show, “The Office.” He is the Regional Manager of the Scranton, PA branch of Dunder Mifflin Paper Company. He is often the source of the show’s most hilarious and cringe-worthy moments.

Michael is a classic example of a character who is both loveable and despicable at the same time. And is often insensitive and unaware of how his words and actions affect others. He also has a tendency to be a bit of a control freak and can be quite manipulative.Michael Scott is the heart and soul of “The Office.” Character that viewers love to hate, but can’t help but laugh at his outrageous antics. He is by far one of the funniest characters on TV today.

There are many great characters on television, but Chandler Bing is one of the funniest. He is a character on the show Friends and is played by actor Matthew Perry. Chandler is a funny and clever character who always has a witty comment or comeback. He is also very sarcastic and often makes fun of his friends. Chandler is a very relatable character, and people can easily identify with his humor.

So why is Chandler such a popular character?

Well, his sarcasm and wit are a big part of it, but he’s also a relatable character. Chandler is often the voice of reason among his friends and provides some much-needed comic relief. He’s also a bit of a lost soul, which makes him easy to identify with.

Whether you’re a fan of “Friends” or not, there’s no denying that Chandler Bing is the funniest and most entertaining character on TV. 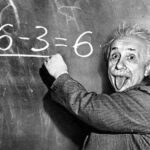