Whether You’ve saw them on TV, or found on the internet, myths are simply that – myths. Health-related myths are often repeated as fact, even though any diligent Google search will reveal the truth behind these fallacies.This time we look at medical myths – of which there are thousands. Here is the list of 10 Common health myths need to be busted.

In terms of infectious illnesses, germs make you sick, not cold weather itself. One study found that healthy men who spent several hours in temperatures just above freezing had an increase in healthy, virus-fighting activity in their immune systems. In fact, you’re more likely to get sick indoors, where germs are easily passed.

Myth: Cracking your knuckles will cause arthritis. According to traditional belief, the popping of joints, especially knuckles, can lead to arthritis and other joint problems. It results from a gas bubble that forms between the bones and “pops.” If you enjoy doing it, keep on. Studies show it doesn’t cause or play a role in arthritis. The sound might annoy people around you, but that’s about all the harm it does. “The average person uses 10 percent of their brain capacity. Imagine what she could do with 100 percent.” So reads a poster for Lucy, the 2014 action-thriller starring Scarlett Johansson. One of my favourite brain myths is the idea that we only use 10% of it. Have you ever met anyone who is missing 90 percent of their brain? Probably not. Today, scientists can look at any brain scan, measuring activity at any given time, and have a big laugh at this myth.

Myth: Chewing gum stays in your stomach for 7 years. You might have heard that swallowed gum stays in your stomach for 7 years. That’s not true. Although it is true that many of the ingredients in gum — such as elastomers, resins and waxes — are indigestible, that does not mean they hang out in your guts for seven years. It doesn’t stick to your insides, it just continues along with any food you have eaten and pops out the other end.

Myth: Drink at least 8 glasses of water a day. The Myth was originated in 1945, When the Food and Nutrition Board of the National Research Council said adults should take in about 2.5 liters of water a day. The council actually went on to explain that most of the 2.5 liters comes from food. So it was more like ” Drink or eat about eight glasses of fluid a day”.

Myth: Fingernails and hair continue to grow after death. Do a person’s hair and fingernails continue to grow after death? This myth is actually just a misperception, and for many years, most physicians couldn’t disprove it, even though they couldn’t quite explain it. Here’s what really happens to your nails and hair after you die. As the body’s skin is drying out, soft tissue, especially skin, is retracting, The nails appear much more prominent as the skin dries out. The same is true, but less obvious, with hair. As the skin is shrinking back, the hair looks more prominent or sticks up a bit. The biggest myth about shaving hair is probably one you believe. Find out the truth about if shaving makes your hair actually grow back faster and thicker. Most of us have heard the myth shaving makes your hair grow back faster and thicker. But if you don’t trust your own experimental skills, there’s other evidence that this myth isn’t reality. A clinical trial conducted in 1928 compared hair growth in shaved patches to hair growth in nonshaved patches. The study found that new hair that replaced shaved hair wasn’t darker or thicker, nor did it grow faster. Chicken soup has been touted as a cure for the common cold for centuries. But is chicken soup really a miracle cure-in-a-bowl. Unfortunately, No. The combination of hot broth and yummy veggies is more of a comfort than a cure, However, some research suggests that chicken noodle soup may convince you that you’re getting better. You don’t gain more fat from the calories you consume if you eat them at 9 p.m. Don’t feel guilty the next time you reach into the fridge for a midnight snack. Though eating late at night has been associated with obesity, this eating behavior doesn’t actually cause obesity. Nutritions usually recommend individuals stop eating approximately 1.5 to 2 hours before going to bed to allow for digestion. Still, even if it’s late at night, if an individual is hungry, he or she should eat. It’s important to listen to our body’s hunger cues at all times.

Myth: Your heart stops beating whenever you sneeze Where did the myth originate that your heart stops when you sneeze? Sneezing seems to pause everything in your body, but not even a big sneeze can keep your heart from beating. The electrical signal telling your heart to beat works just fine while you are sneezing. Sneezing can however cause a momentary irregularity in your heartbeat since sneezing affects blood flow and that may be how this myth arose. 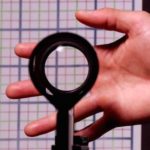 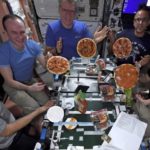