They say you don’t need a silver fork to enjoy a good meal. For a normal person, a good meal need not be very expensive. but there are people who order outstandingly expensive foods, because… well, simply because they can! Here are the world’s most expensive foods which you can’t afford. 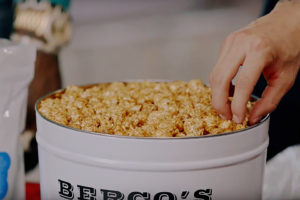 Movie theatre popcorn is expensive. But before you complain, you might want to look at the world’s most expensive popcorn. One company in particular, Berco’s Popcorn, has a unique product called the “Billion Dollar Popcorn”.These popcorn are made with Vermont creamery butter and Nelson Massey Bourbon Vanilla. These are later covered in 23 carrot Gold flakes and Laeso salt from Denmark.The most expensive popcorn is available in two other sizes too – $250 for a gallon and $500 for two gallons. 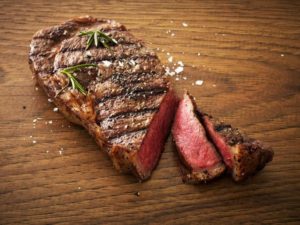 Wagyu is actually a generic name for beef in Japan; Wa (Japanese) and Gyu (Japanese for beef).Young Wagyu calves are fed a milk replacer by hand and they get jackets to wear when the weather gets cold.They stay on a farm until they are seven months old before they are sent to auction to be sold to fattening farms.Every single cow has a birth certificate, which identifies its bloodline, so every piece of Japanese Wagyu steak can be traced back to a farm.There is a myth that cattle are fed on beer and massaged daily in Japan but this is not true. However, they are sometimes brushed with a stiff brush to increase blood circulation and to relieve stress. 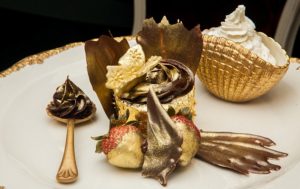 There is too much that goes in the making of these cupcakes.It’s a gold-infused cupcake made with Italian cocoa, Ugandan vanilla beans, organic strawberries, edible gold dusting, and comes wrapped in an edible 23-carat gold sheet.Only fifteen of the ‘Golden Phoenix’ cupcakes have sold since they first hit the market in 2013, with almost all of the orders placed by the palaces of the UAE’s ruling sheiks.Ashraf Hamouda, at the United Nations World Food Programme, pointed out that the cost of a single ‘Golden Phoenix’ cupcake could feed at least 1,850 malnourished children. 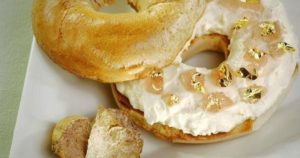 We know New York is expensive, but $1,000 for a bagel? After eating it you probably won’t be able to buy more food. These are no ordinary bagels. They were created by Frank Tujague, the Executive Chef of Westin Hotel in New York. They are expensive because each bagel includes a small amount of white truffle cream cheese, goji berry-infused Riesling jelly that has golden leaves, and Italian truffle. 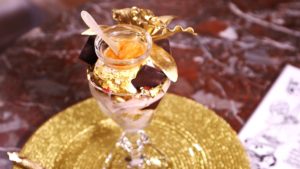 This ice-cream sundae in New York City, holds the world record for the most expensive ice-cream, since the past 15 years! The sundae was created to celebrate Serendipity 3’s 50th anniversary, and has been a hit at the legendary ice cream shoppe every since.It’s Tahitian ice cream infused with Madagascar vanilla beans, 23K edible gold leaf on every bite, Amedei Porcelana & Chuao chocolate, exotic candied fruits flown in from Paris, gold dragets, chocolate truffles, and a tiny bowl of Grande Passion caviar served in a Baccarat Harcourt crystal goblet with an 18 carat gold spoon and a golden sugar orchid on top. 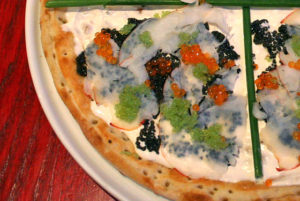 Apparently New Yorkers have an expensive appetite!The world’s most expensive pizza was made by Nino’s Bellissima.The 12-inch pizza is topped with creme fraiche, chives, eight ounces of four different kinds of Petrossian caviar, four ounces of thinly sliced Maine lobster tail, salmon roe, and a little bit of wasabi to complement all the fish. The pizza is cut into eight… that is a mere $125 for each serving. 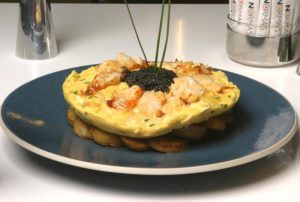 It’s no secret that brunch in Manhattan can get pricey .The frittata contains 10 oz (280 g) caviar and approximately 1 lb (0.45 kg) lobster which is covered with egg on a bed of fried potatoes. Le Parker Meridien also feature a smaller, less expensive version called the ‘regular frittata’ that costs $200. It’s a popular dish at Norma’s, ordered several times per week and perfect for sharing. 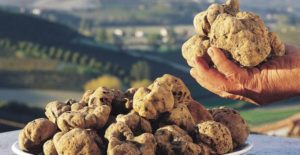 A truffle is a strong-smelling underground fungus that resembles an irregular, rough-skinned potato. These special white truffles are found at the base of Oak trees in France and Italy. These are hunted by truffle hunters who have specially trained dogs for the same purpose. A 4.16 pound white truffle—the so-called “World’s Largest”—sold at a Sotheby’s auction for $61,250 to a phone bidder in China. 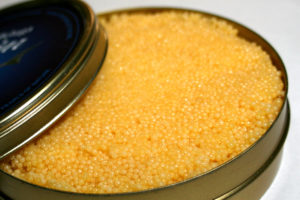 The Almas caviar is an extremely rare food item from Iran. The only store known to carry this item is the Caviar House & Prunier located in Picadilly in London. These are light gold in colour and are sold in a tin made of 24 carat gold. Almas is produced from the eggs of a rare albino sturgeon between 60-100 years old, which swims in the southern Caspian Sea where there is apparently less pollution. Caviar is traditionally eaten directly from the skin between the index finger and the thumb. The eggs are rolled slowly around the mouth and pop to release the flavour. 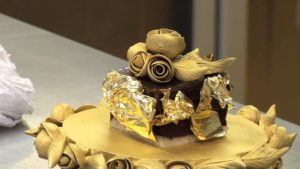 This dessert tops the list of most expensive foods. It has an overwhelming taste that will make you want to flush all your money for this. There is a reason why it is rated as one of the expensive.Not just because of its quality, but also the ingredients and love with which it is prepared.It is made from high-end Belgian chocolate, gold, caviar, and a two-carat diamond.It is served in an edible replica of a Faberge egg. Then finally This pudding is served with the finest of all Chateau d’Yquem which again has a price tag of $500 per bottle. 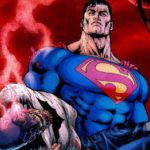 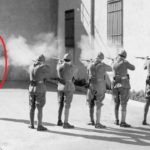