Many of us have dreamed about becoming an archaeologist where we could find some hidden treasures. After watching movies like National treasure and Indiana Jones everybody would be thinking of going on a adventure like that . However if you look in the right direction there is a probability that you have some hidden treasures around you. Where some people were lucky enough to find some of them. Here are the Top 10 Treasure discoveries by accident. 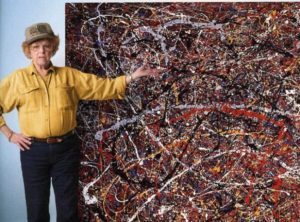 You never know what you might find in a thrift shop! In 1992, Teri Horton visited one of the local thrift shops in San Bernardino, California, as she was looking for a birthday present for her friend. She saw a painting, and, never being a true art expert, she offered only $5 to the seller for it. They shook hands, and she left. The big painting didn’t fit into any of her friend’s rooms, and she tried to sell it several years later. During a yard sale, an art teacher said that the big painting she was trying to get rid of might be a masterpiece created by Jackson Pollock. She invited an expert to have her painting checked. The forensic specialist found the artist’s fingerprint on its canvas, so there were no doubts. One art collector offered Horton $2 million for the painting, but she refused to sell it and would accept no less than $50 million for it. We should add that she still owns the painting.

9 – Original copy of the Declaration of Independence

A man bought an old $4 painting at a flea market in Adamstown, Pennsylvania, in 1989, thinking the frame could be fixed and reused. When he removed the canvas, he saw a folded paper stuffed in it. He opened the document and couldn’t believe his eyes when he saw an original copy of the Declaration of Independence, dated 1776. The head of the book and manuscript department at Sotheby’s, David N. Redden, announced the unique discovery in 1991, but the lucky finder preferred to remain anonymous. Later that year, the manuscript was auctioned for $2,420,000 at Sotheby’s. If only the seller at that flea market knew the fortune the painting was hiding inside, we bet he’d never have sold it.

When it’s time to redo the kitchen, any house turns into a complete mess with dusty floors and garbage bags put all over the place. However, there are cases where this rule doesn’t apply. In 2006, homeowner Amanda Reece invited contractor Bob Kitts to tear down the bathroom walls in her house in Cleveland. When Bob was halfway through his job, he discovered 2 green metal boxes suspended inside a wall. Envelopes inside the boxes contained many rare bills from the 1920s. The Depression-era currency has been valued at approximately $180,000. How old is your house? Maybe it’s time to redo your bathroom? 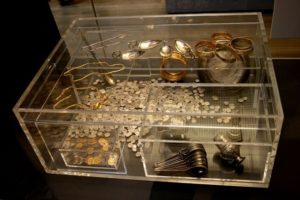 Retired gardener Eric Lawes was scanning a field in Suffolk, England, where his friend had lost a hammer. Instead of a hammer, he discovered the largest cache of Roman gold found anywhere in Britain. He reported his finds to the local authorities, and they organized a proper excavation of the treasure. They unearthed more than 14,000 items, including coins, rings, bracelets, magnificent silver objects, and other valuable things. In November 1993, the Roman findings were valued at £1.75 million (that’s £2.66 million or $4.3 million today), which was paid to Eric Lawes as the finder of the treasure. Today the most valued and beautiful items discovered in the field are on display in the British Museum…as well as the hammer Eric Lawes was looking for. 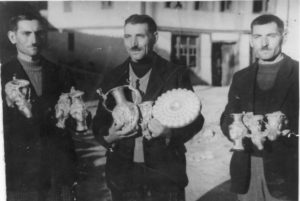 This treasure is a masterpiece of Thracian workmanship, and it was found by the Deikov brothers in 1949 near the town of Panagyurishte, Bulgaria. As they were working in a clay pit at a factory, they made an unusual discovery, which consisted of a dish, an amphora, and 7 rhytons, all made of solid 24-carat gold with a total weight of 6,164 kg. Archaeologists have calculated that the treasures belonged to an unknown Thracian ruler or a wealthy person who owned them in the 3rd century BC.Since the items are extremely valuable and rare, the Bulgarian authorities prefer to keep them in the vault of the Bulgarian National Bank. Different museums worldwide have sets of excellent copies of the Thracian treasures.

5 – $3 million worth of baseball cards 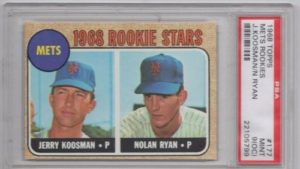 In February 2011, Karl Kissner found 700 rare baseball cards that belonged to his grandfather, Carl Hench, who died in the 1940s. Karl was cleaning his attic when he saw the box stashed under a wooden dollhouse. When he opened it, he saw a bunch of old cards that didn’t look like any he had seen before. This large collection was described by experts as “the biggest, most exciting find in the history of sports card collecting, a discovery probably worth millions.” In August 2011, the family decided to sell some of the cards during the National Sports Collectors Convention in Baltimore. Experts say that the cards might bring up to $2-3 million to Karl and his family.

4 –A Treasure chest in a forest.

There are a lot of metal detecting enthusiasts all over the world, but some people take their hobby pretty seriously. A group of people in the Netherlands loves to wander around in the local forests with their metal detectors. They even have a YouTube channel where they upload their unique finds. The most interesting object among all others is a big wooden treasure chest that was found in the middle of a forest. However, the contents of the box remain a mystery since they never got it open in the video. Too bad — we really wanted to know what’s inside!

For many years, this simple $29 painting had been covering a hole in the wall in an Indiana home. One day, the owner of the house realized the value of the work when the family played Masterpiece, a board game about art. It was the third most valuable painting by Martin Johnson Heade, and it was called Magnolias on Gold Velvet Cloth. In 1999, experts from the Museum of Fine Arts in Houston confirmed its origins and offered a good price to the owner. The painting was still in its original frame and in perfect condition. The seller agreed to accept the $1.25 million offer, and the museum has had Magnolias on display since then. 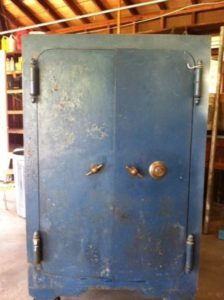 one family was cleaning their grandma’s house and found this immense safe. When they opened it, things got really interesting.Shocked? So were the owners of the house. They expected to see anything but guns and bags packed with money. When they counted the coins, their total value was about $15,000. Did their nice grandma rob a bank when she was young? Was it some kind of Bonnie and Clyde story? They could only guess since no one knew about the safe or about Grandma’s little secret. 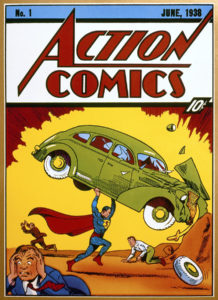 An extremely rare edition of Action Comics, in which Superman makes his first appearance, sat in a Minnesota home’s wall for over 75 years. In 2013, while doing renovations in a house, contractor David Gonzalez found the comic book among newspapers used as insulation in the walls of the house. The comic book was sold several weeks after its discovery for $175,000 to an unknown buyer. Unfortunately, Mr. Gonzalez ripped the back cover of the comic, which cost him almost $50,000 of the total price. But it was still a lucky discovery. 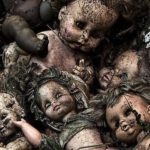 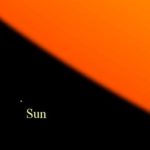