As children, we heard many ghost stories, out of which some are presumed to be real. If those stories were not enough for you to digest then let us brief you about some of the most haunted places on earth that would really give you that real jolt. Drowse yourself in a haunted experience on 10 most haunted places in world. 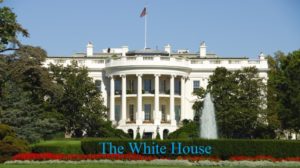 Washington D.C., USA…………Perhaps the world’s most famous residence, the home and office of the President of the United States.. It has been the official residence of every president since 1800, when John Adams first moved into the house. With the vast amount of history and historical figures that have graced its rooms, it’s very little wonder that the White House has a tale or two of hauntings. In fact, it’s considered to be the most haunted house in America. 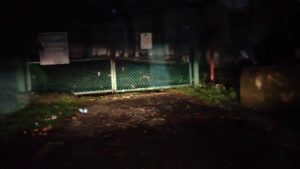 Changi, Singapore…………The Old Changi Hospital is a former hospital in Changi, Singapore. It was built back in 1935 as part of the old Changi military base. During the occupation of the Japanese the compound was used by the notorious Kempeitai (the Japenese Secret Police) as a prison and torture camp. After the end of World War II, the building was again a hospital, and remained so until 1997, when it was replaced by the Changi General Hospital. It has stood derelict and decaying ever since.

8 –Island of the Dolls 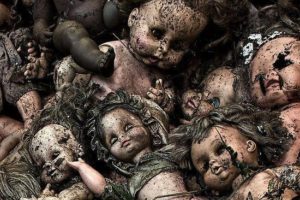 Xochimilco, Mexico………..Located on Lake Teshuilo in Xochimilco nr Mexico City, the island La Isla de la Munecas (The Island of the Dolls) is certainly one of the strangest haunted locations in our list. In the 1950’s, a man named Julian Santan Barrera moved to the island (despite being married with a young family). Julian was unaware of the dark history of the area when he moved there to become a recluse. Legend says that three young girls were playing near the water in the 1920’s, when one of the girls fell in and drowned in the murky waters. Locals believed that ever since her death, the young girls’ spirit has been unable to leave the island. It soon grew quite a reputation as a haunted place, and locals wouldn’t go near it at night for fear of what they may see. 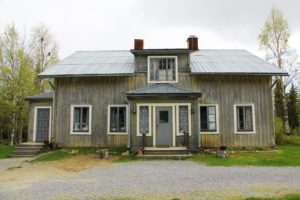 Sweden………..Borgvattnet is a small village in Jämtland County, Northern Sweden. It’s renowned for having one of the most haunted houses in Sweden, The Old Vicarage, which was built in 1876. The first ghost ever documented at the vicarage came in 1927, when the chaplain Nils Hedlund resided. He reported many strange happenings including one particular encounter with something paranormal. He was on his way up to the attic to gather his laundry when he witnessed his laundry being torn down from the line by an unseen force.

Kentucky, United States…………Waverly Hills was originally a two-story wooden building that was opened in 1910, however the building you see today was constructed in 1926. It served as a tuberculosis hospital throughout the early to mid 20th Century, a time when the disease was at its worst. It is believed that as many as 63,000 patients died there. The death toll as well as the supposed mistreatment and questionable experimental procedures on patients, are all recipes that may be behind one of the most haunted buildings in the whole of the US. 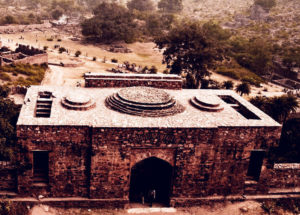 Rajasthan ………………..Bhangarh Fort / Kila is located on the way to Alwar and Jaipur in Rajasthan in India. As per a legend there was a black magic sorcerer who cursed the residents of the palace that they all would die an unnatural death and their spirits will stay there for centuries to haunt the fort / kila forever. This fort would really freak any living mortal. One can seldom find a temporary household in the close periphery of this fort. Let us reveal you one more fact about this place. The village households found here are without roofs as there persists a popular belief and experience that the moment a rooftop is built on a house it collapses. This is said to be the most haunted place in India and amongst world’s most haunted places. People are not allowed to spend the night in the fort, for obvious reasons. 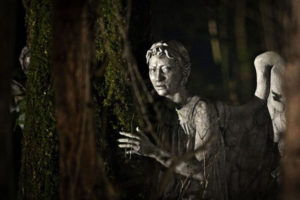 This is just like watching a horror flick of Alfred Hitchcock in reality. By the time dusk settles down the ultimate horror environment starts to descend on the panorama. Highgate cemetery is one ideal place for ghost hunters. Headless statues, creaky pathways, unmanaged grass pavements and lest we forget the typical hooting of owls is a common feature to be found in this place. High gate cemetery also scores the top slot in being the haunted places in United Kingdom. Still one cannot ignore the Gothic architecture, beautiful serene ambiance and lest we forget the shivery silence which overrules the entire arena! 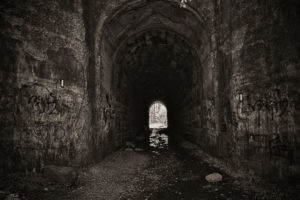 This one is for those brave hearts boasting hard of their fearless spirits. This is located beneath the railway track that connects Niagara falls to Toronto and New York. As per a legend about a century ago there was a farm house located just near the south entrance of this tunnel. One night the farm house caught fire and a young girl doused in flame screaming for help running wild.Nobody knows the story how the farm house caught fire. She ran through the tunnel if in case she could get some help but alas she was burnt completely and collapsed. So from that day onwards whoever tries lighting a match in the tunnel the spirit comes out screaming and haunting the person till dead. Check out for yourself the truth! 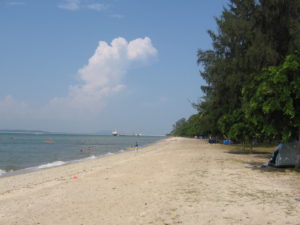 Changi Beach in Singapore is the ultimate one. The Changi beach in Singapore is believed of being a popular killing ground of the Chinese soldiers by the Japanese during the second world war. Thousands of Chinese soldiers were tortured and killed during this operation as they were suspected by the Japanese of getting into anti Japanese activities. This beach stands witness to the killing of innumerable innocent chinese. Till date beach combers thronging to this place could hear the screams and weeping of people. Often at night people could also find deep dig pits as that needed for burials of dead bodies. The most horrifying is that some beach combers have found headless bodies of chinese soldiers on the beach at night. 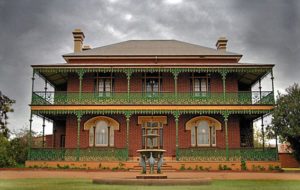 Monte Christo mansion is recalled by travellers as a place which shouldn’t even haunt the memories. As per people’s version Mrs Crawley the owner of this mansion locked herself up after the death of her husband and never came out in the rest 23 years of her life except for once. She died in there and her spirit lingers in the mansion. Passerby could hear the shrills and weeping of a woman. People who visit the mansion get suffocated as if some spirit is trying to press in them. They get respite of the shackles only when they come out. Instances have also been cited of people turning blue. 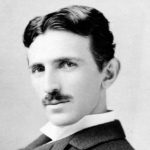 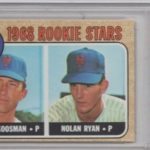