Throughout history, power has brought about some of the best and some of the most evil leaders known. While some leaders wanted to improve the quality of life of those they led, other leaders only sought their own interests. Their selfish quest led to gross abuse of power resulting in the murder and destruction of countless lives. Today, we’re going to show you the 10 most evil leaders in history. Saddam Hussein ruled Iraq with an iron fist and had conquest on his mind at all times with visions of ruling over a unified Arab Empire. He wantonly invaded Iran and Kuwait, which devastated his army and economy. On his orders, friends, enemies, and relatives were murdered. He had his rivals and their children tortured and raped. In 1982, he slaughtered 182 Shiite civilians. In the end, he was captured, tried, and hung for his crimes. As a tyrannical despot of Libya, he did all the things they usually do. He squashed political opposition by making it illegal. He banned private enterprise, freedom of speech, and any unsound books were burned. Despite Libya’s great economic potential, few of his people actually experienced economic prosperity as he squandered most of it on funding terrorist groups. His rule is considered one of the most brutal and totalitarian eras in North African history. Born in 1336, Timur rose up to be a tyrant and murderous conqueror of Asia and the Middle East. As Timur conquered parts of Russia and even occupied Moscow, uprisings occurred in Persia while he was away. His response? He destroyed their cities, massacred their populations, and built towers from their skulls. Whether in India or Bagdhad, everywhere he went resulted in a trail of carnage, destruction, and thousands of people slaughtered. Genghis Khan, who not surprisingly was Timur’s hero, was a ruthless Mongolian warlord highly successful in his conquests. He ruled over one of the largest empires in history. Of course, that all came at a high cost. He was responsible for the deaths of 40 million people. His attacks may have reduced the world population by 11 percent. Kim Jong Il is considered one of the most successful despots since Joseph Stalin. Coming into power in 1994, Kim inherited an impoverished North Korea with a full-scale famine starving his people. Instead of help ing them, he put the country’s money toward building the world’s fifth largest military and in the process, letting a million of his people starve to death. He tricked the United States into giving him nuclear technology so he could build nuclear weapons and terrorized South Korea with threats, a bombing run in Myanmar, killing South Korean officials, and sinking one of their submarines. Communists revolutionary Mao Zedong lead the takeover of China to communist rule. Under his leadership, he instituted massive land reform, stealing large plots of land away from landowners through violence and terror. Anytime criticism came his way, he would quickly squash dissent. But it was his “Great Leap Forward” campaign which led to an intense famine from 1959 to 1961, resulting in the deaths of 40 million people. As one of the most notorious terrorists in history, Osama Bin Laden formed al Qaeda and carried out several terrorist attacks against the United States. In 1998, he ordered the bombing of a U.S. embassy in Kenya, killing 300 people. And, of course, he ordered the attacks on September 11th which killed 3,000 innocent civilians. Many of his orders also involved having his own men kill themselves as suicide bombers. Emperor Hirohito was the leader of Japan during some of the worst war crime atrocities in human history. From the Nanking Massacre where thousands were raped and murdered to Unit 731 where they did horrendous biological experiments on people resulting in 300,000 people dying, the Emperor had the power to stop it and did nothing. During Stalin’s reign of the U.S.S.R., he took control of large plots of land. Millions of farmers refused to give up their land, so he had them killed. This also led to famine across Russia, resulting in more millions killed. Under his totalitarian rule, he expanded the secret police, encouraged citizens to spy on each other, and had millions killed or sent to the Gulag. Twenty million people died under his brutal and tyrannical rule. Hands down, Adolf Hitler was one of the most notorious, evil, and destructive leaders in human history. With his angry hate-filled speeches, his ordering of Kristallnacht, his wanton invasion of European and African nations, and his ordering of millions of Jews being tortured, raped, and executed in concentration camps, plus countless other atrocities known and unknown, Hitler personifies hate and evil like few have before or since. In total, historians credit him with the deaths of 11 million people. 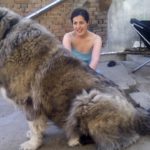 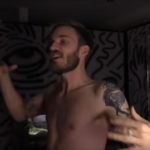