If you are a good politician and you are not corrupt, Famous among your peoples. Doing good work ? Then there might be chances of getting yourself killed. Guess this is what history tells us. From Mahatma Gandhi to Abraham Lincoln all were assassinated. Famous people always have the risk of assassination. Here are the Top 10 leaders who were assassinated. 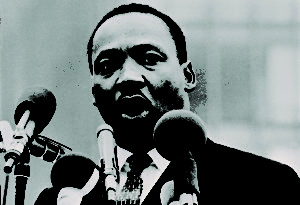 Martin Luther King Jr. was one of the most important leaders of the American Civil Rights Movement. He famously delivered the speech “I Have a Dream” on August 28, 1963. It was responsible for strengthening the Civil Rights Movement and led to the enactment of Civil Rights Act of 1961. King was assassinated on April 4, 1968 by James Ray at a motel in Memphis, Tennessee. Prior to the incident, King had received several death threats. 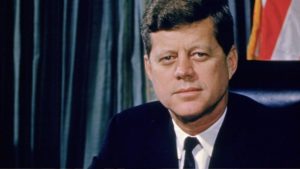 John F. Kennedy was the 35th United States President from 1961 to 1963. He served at the time of Cold War and spent much of his term tending to the country’s relationship with the Soviet Union. On November 22, 1963, at 12:30 pm, John F. Kennedy was assassinated in Dallas. Lee Harvey Oswald was later arrested and ultimately killed by Jack Ruby before prosecution. 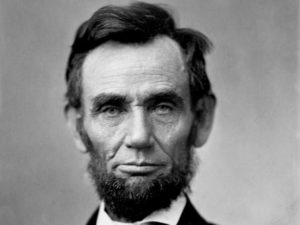 Abraham Lincoln was the 16th US President, serving from March 4, 1861 to April 15, 1865. He came into power at the time of the American Civil War. He is credited with having made great moral, political, and constitutional decisions that later paved the way for the abolition of slavery. John Booth planned to kill Lincoln after listening to his speech advocating for voting rights for black Americans. He shot Lincoln on April 15, 1865 while the president was attending a play at the Ford’s Theatre in Washington, D.C. Lincoln’s wife Mary Todd Lincoln had been seated beside him at the time. 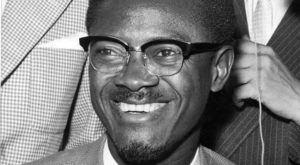 Patrice Lumumba was the founder of the Mouvement National Congolais party. He went on to become the first elected prime minister of Congo. Lumumba advocated for the Congo, as well as for government Africanization. In an effort to fight back against the Beligans, Lumumba pleaded with both the United Nations and the United States for help in defeating the Belgian-backed troops. He was denied help from both sources. He then went to the Soviet Union. It was partly because of this that on September 14, 1960, Colonel Joseph Mobutu staged a coup d’état, a step that marked the start of Lumumba troubles. After a long imprisonment, Lumumba was executed through the use of a firing squad on January 17, 1961. 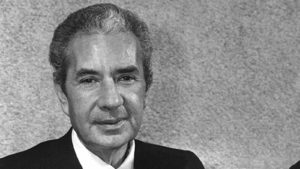 Aldo Moro was an Italian politician and the 38th country’s Prime Minister between 1963 and 1968 and also from 1974 to 1976. After holding various positions, he was nominated the Prime Minister in 1963-1968 and 1974-1976. Red Brigades kidnapped Moro and kept him detained for two months. The Italian government held ground and refused to heed Red Brigades’ demands. Moro was shot ten times on May 9, 1978. He perished from his injuries. 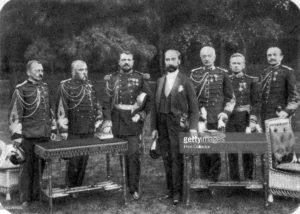 Marie François Sadi Carnot was the President of France from December 1887 until 1894. On June 24, 1894, while giving a speech at Lyon, Carnot was stabbed by Sante Geronimo Caserio in the liver. He died on June 25, 1894. Caserio was then executed as punishment. 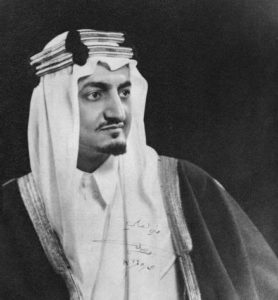 King Faisal was Saudi Arabia’s King from 1964 until 1975. He is remembered to have saved the country’s economy with reforms and a policy of modernization. He successfully fought off many coups that were staged against him. Faisal was Assassinated by Faisal bin Musaid (his half-brother’s son) and died while undergoing treatment for his injuries.

Dedan Kimathi was a leader of the Mau Mau, a movement that fought against the British colonial rule in Kenya during the 1950s. He formed the Kenya Defense Council in 1953 immediate after sneaking out of British prison. Kimathi was captured by Ian Henderson after a long time of uprising and sentenced to death by Chief Justice O’Connor. On February 18, 1957, Kimathi was executed by hanging. 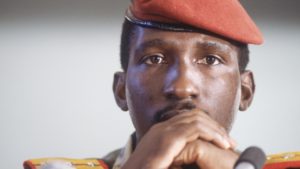 Thomas Sankara was the President of Burkina Faso from 1983 until 1987. He took over power through a popular coup in the year 1983. Sankara was against imperialism and initiated many programs for economic and social changes. He was murdered by an armed group in coup d’état staged by his colleague Blaise Compaoré. Compaoré then undid many of the policies that Sankara had enacted. 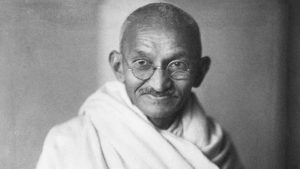 Mahatma Gandhi is known for fighting against the British colonial regime. In 1920, he took over the leadership of Congress and pushed for Indian freedom. On January 26, 1930, the Indian National Congress announced India’s independence. On January 30, 1948, at 5:17 pm, Nathuram Godse shot Gandhi three times in the chest, and Mahatma Gandhi died shortly afterward. The shooting happened during a prayer ceremony in New Delhi. 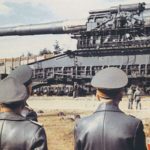 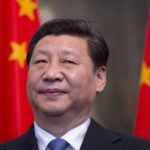