Since 2009, forbes magazine has compiled an annual list of the world’s most powerful people. The list has one slot for every 100 million people, meaning in 2009 there were 67 people on the list and by 2012 there were 71. Slots are allocated based on the amount of human and financial resources that they have sway over, as well as their influence on world events. The following rankings list the top ten most powerful people according to Forbes. Mark Elliot Zuckerberg is an American computer programmer and Internet entrepreneur. He is a co-founder of Facebook, and currently operates as its chairman and chief executive officer His net worth is estimated to be US$71.5 billion as of September 2017, and he is ranked by Forbes as the fourth richest person in the world. Narendra Damodardas Modi born 17 September 1950) is an Indian politician who is the 14th and current Prime Minister of India, in office since May 2014. Lawrence Edward Page (born March 26, 1973) is an American computer scientist and Internet entrepreneur who co-founded Google with Sergey Brin. Page is the chief executive officer (CEO) of Google’s parent company, Alphabet Inc.As of March 2017, Page is the 12th richest person in the world, with an estimated net worth of US$40.7 billion. William Henry Gates III born October 28, 1955 is a co-founder of the Microsoft Corporation and is an American business magnate, investor, author and philanthropist. As of September 2017, he is the 2nd richest person in the world, with an estimated net worth of US$84.8 billion. Janet Louise Yellen (born August 13, 1946) is an American economist. She is the Chair of the Board of Governors of the Federal Reserve System, previously serving as Vice Chairwoman from 2010 to 2014. She was sworn in on February 3, 2014, making her the first woman to hold the position. Pope Francis is the 266th and current Pope of the Roman Catholic Church, a title he holds ex officio as Bishop of Rome, and sovereign of Vatican City. He chose Francis as his papal name in honor of Saint Francis of Assisi. Xi Jinping is a Chinese politician. He is the current General Secretary of the Communist Party of China, President of the People’s Republic of China, and Chairman of the Central Military CommissionXi Jinping was born in Beijing on 15 June 1953. Angela Dorothea Merkel is a German politician and Chancellor of Germany since 2005. She has also been the leader of the Christian Democratic Union since 10 April 2000. Donald John Trump is the 45th and current President of the United States, in office since January 20, 2017. Before entering politics, he was a businessman and television personality. In July 2016 Bloomberg News had pegged his wealth at $3 billion, calling it an increase thanks to his presidential nomination. 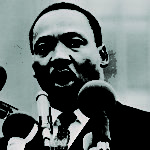 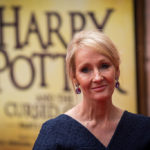