Open world games is the most loved game genre by the gamers. While Games with only missions to do and nothing else, can be boring sometimes. While the gaming world offering thousands of games to play there is still one category that is everyone’s favorite and that’s “Open World Games”.with so many magical open worlds just beckoning us to explore them, it’s hard to stay away for too long. With countless lands to traverse, and quests to spend your time completing, here are 10 Open World games that will claim many hours of your life. 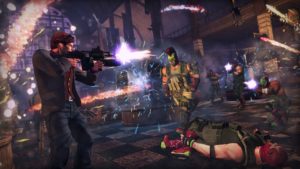 Saint Row: The Third is single-player and multiplayer open-world video game developed by volition. The whole concept of the game spins around the three gangs that control the whole city. The best part of this game is that you can customize your character which ultimately will play a very important role in all of your missions. In the game, you will either earn money or respect, money can get you weapons, upgrades or threads. While respect works like experience points which will help you to learn new tactics and helps you to unlock abilities.

9 –The Legend of Zelda: Breath of Wild 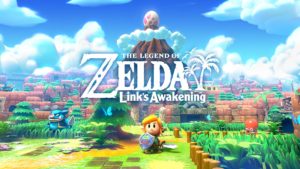 The legend of Zelda: Breath of wild has a lot of mysterious boxes openings throughout the whole game. More than a typical Hyrule fantasy, Breath of the Wild is a daunting survival game that forces you to think in entirely new ways. You have to be cautious, creative, and resourceful in your efforts to battle the wilderness. The one thing that makes this game’s way into the list, is the unpredictability of this game. 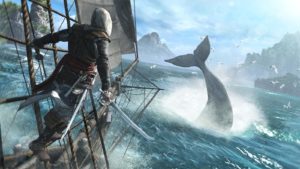 If you’re old school and like things in a historical way, Assassins Creed can be your game. In this game, you can own a ship or can take over the ships of your enemies loot them, complete hidden quests.. This game is a complete package for “Pirates of the Caribbean ” or for the wannabe pirates. 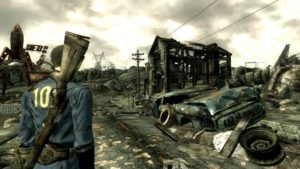 Fallout 3 is an open-world game developed by Bethesda studios and was released on October 2008. The storyline of this game takes place in a post-apocalyptic world. It takes place within Fallout’s usual setting of a world that deviated into an alternate timeline thanks to atomic age technology, which eventually led to its devastation by a nuclear apocalypse in the year 2077 caused by a major international conflict between the United States and China. The main story takes place in the year 2277, 36 years after the events of Fallout 2, which is not a direct sequel. 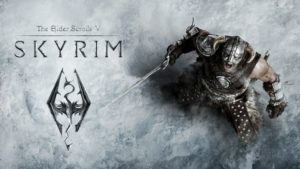 The Elder Scrolls: Skyrim is an Open World game also developed by the Bethesda Game Studios. The game’s main story revolves around the player character’s journey to conquer Alduin the World-Eater, a dragon who is foretold to destroy the world. Throughout the game, the player finishes quests and develops the character by enhancing his skills. The game maintains the open-world tradition of its predecessors by letting the player travel anywhere in the game world at any time. 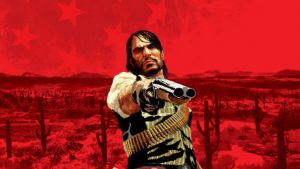 Red dead redemption is the second game and the second part of this series. Developed by the Rockstar games Red dead redemption was released on May 2010. The Story of Red Dead Redemption is set during the decline of the American frontier in the year 1911 and follows John Marston, a former fugitive whose wife and son are taken hostage by the government in the price for his services as a hired gun. Having no other option, Marston sets out to bring three members of his former gang to justice. 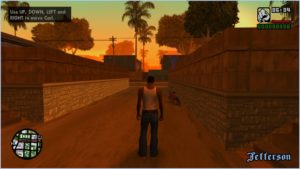 Grand Theft Auto San Andreas is one of the legendary games that changed the peoples perspective of open-world games. Released by Rockstar studios GTA: San Andreas is one of the most sold games in the history of gaming. The game is set within the fictional U.S. state of San Andreas, which is massively based on California and Nevada The single-player story follows Carl “CJ” Johnson, an ex-gangbanger who returns home to Los Santos from Liberty City after his mother’s murder. Carl finds his old friends and family in disarray. Throughout the game, he tries to re-establish his old gang, clashes with corrupt cops, and gradually unravels the truth behind his mother’s murder. The plot is based on multiple real-life events in Los Angeles. Including the dispute between the Bloods, Crips, and Hispanic street gangs, the 1980s crack epidemic, the LAPD Rampart scandal, and the 1992 Los Angeles riots.

The story revolves around a monster hunter known as a witcher, who is looking for his missing adopted daughter on the run from the Wild Hunt. Players battle the game’s many risks with weapons and magic, associate with non-player characters, and complete main story and side quests to gain experience points and gold. Its central story has several endings, determined by the player’s choices at certain points in the game. This is the reason why this game ranks at number 3 position in this list.

Far cry 3 is a first-person shooter and an open-world game released by Ubisoft on November 2012. The main reason that Far cry 3 sits so high in this list is because of its characters and its story. The game takes place on Rook Islands, a tropical archipelago which can be freely explored by players. Gameplay focuses on combat and exploration. Players can use a variety of weapons to defeat human enemies and hostile wildlife. The game features elements found in role-playing games such as skill trees and experience. Far Cry 3 is one of the few games whose villain “Vaas” is as much loved as its hero. 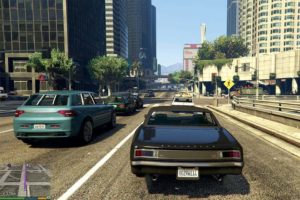 GTA-V is one of the most sold games of all time, it has sold about 110 million copies till now. Developed by Rockstar Studios and released in 2013. It is the first main entry in the Grand Theft Auto series since 2008’s Grand Theft Auto IV. Set within the fictional state of San Andreas, based on Southern California, the single-player story follows three criminals and their efforts to commit heists while under pressure from a government agency. 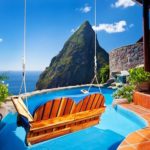