When we say deadliest diseases in the world, Your mind probably jumped to those one that grab headlines day to day. But many diseases from them don’t rank in Top 10 causes of worldwide deaths. here are the 10 Diseases which cause most deaths worldwide. Cirrhosis is the result of chronic or long-term scarring and damage to the liver. The damage may be the result of a kidney disease, or it can be caused by conditions like hepatitis and chronic alcoholism. A healthy liver filters harmful substances from your blood and sends healthy blood into your body. As substances damage the liver, scar tissue forms. As more scar tissue forms, the liver has to work harder to function properly. Ultimately, the liver may stop working.

Tuberculosis (TB) is a lung condition caused by bacteria called Mycobacterium tuberculosis. It’s a treatable airborne virus, although some strains are resistant to conventional treatments. TB is one of the top causes of death in people who have HIV. About 35 percent of HIV-related deaths are due to TB.

Diarrhea is when you pass three or more loose stools in a day. If your diarrhea lasts more than a few days, your body loses too much water and salt. This causes dehydration, which can lead to death. Diarrhea is usually caused by an intestinal virus or bacteria transmitted through contaminated water or food. It’s particularly widespread in developing nations with poor sanitary conditions. When you think of Alzheimer’s disease or dementia, you might think of a loss of memory, but you might not think of a loss of life. Alzheimer’s disease is a progressive disease that destroys memory and interrupts normal mental functions. These include thinking, reasoning, and typical behavior. Alzheimer’s disease is the most common type of dementia — 60 to 80 percent of dementia cases are in fact Alzheimer’s. The disease starts off by causing mild memory problems, difficulty recalling information, and slips in recollection. Over time, however, the disease progresses and you may not have memory of large periods of time. A 2014 study found that the number of deaths in the United States due to Alzheimer’s may be higher than reported. Respiratory cancers include cancers of the trachea, larynx, bronchus, and lungs. The main causes are smoking, secondhand smoke, and environmental toxins. But household pollutions such as fuels and mold also contribute. Anything still alive and squirming is food for a “most disgusting” list. Raw seafood is legendary in most Asian cuisines. Japanese sushi is notorious in the raw realms. Raw octopus is common as is still alive octopus, served straight-up on a plate or in a bowl. Baby octopus (sannakji) may be served cut into bite-sized, still-wriggling pieces, suction cups and all, or slurped squirming, whole. Octopus is exactly as you might imagine: rubbery, chewy and fairly tasteless and some brave adventurers report the suction cups sticking on the way down. Regardless, the dish has been a valued part of Korea’s cuisine for centuries and is considered a vitality enhancer and a health food. At the other end of the spectrum, Korean kimchi is often fermented in jars underground for months and may use brined seafood for seasoning. A stroke occurs when an artery in your brain is blocked or leaks. This causes the oxygen-deprived brain cells to begin dying within minutes. During a stroke, you feel sudden numbness and confusion or have trouble walking and seeing. If left untreated, a stroke can cause long-term disability. In fact, strokes are the leading cause of long-term disabilities. People who receive treatment within 3 hours of having a stroke are less likely to have disabilities. The Centers for Disease Control and Prevention (CDC) reports that 93 percent of people knew sudden numbness on one side was a stroke symptom. But only 38 percent knew all the symptoms that would prompt them to seek emergency care. 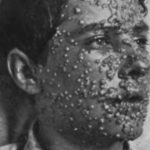 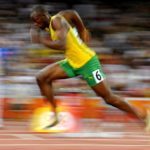