Some companies holds such strong positions in the market that nobody could ever thought of them going out of the buisness. But without innovation and without adapting the latest trends in the market any one can go out of the show buisness, They have to operate or change according to customer demand for new products and services. Here we made a list for 10 of the companies who were failed to follow these rules and went out of business or declared bankruptcy. Compaq was the first to re-engineer the IBM personal computers for the mass market. The company became the number one seller of IBM-compatible personal computers during the 1990s and held on to that status until Hewlett-Packard bought the company for $25 million in 2001. By that point, Compaq had lost sales to Dell Computer. It was also losing money on its acquisition of Digital Electronics Corporation. Hewlett-Packard discontinued the Compaq line in 2013. Kodak dominated the photography market before the advent of digital cameras. The company declared bankruptcy in 2012 and sold many of its patents. Though it re-emerged in 2013, Kodak remains small, with a market capitalization of $399 million. Kodak’s decline resulted from its focus on film, even though it purchased digital photo company Ofoto. Kodak used the company to promote printing images at home instead of sharing images online. Industry experts also say that Kodak missed the transition of photography to smartphones, which allows people to email images instead of printing them, which further eroded its dominance. Radio Shack went bankrupt twice, in 2015, and most recently on March 8th, 2017. It opened in 1921, selling radio supplies to ships, and evolved into a mail-order electronics store, as well as a retail operation. The company prospered from sales to CB radio enthusiasts in the 1970s, and introduced a successful personal computer, the TRS-80. Radio Shack didn’t follow up with any successful computers, and its cell phone kiosks made signing up for phone service complex and cumbersome. The company tried to move into selling its products online, but it had trouble competing with Amazon. Circuit City broke new ground by selling televisions and electronic devices through its chain of retail stores. At its peak, the company had 1,520 stores. The chain’s decline reportedly began when Circuit City stopped selling appliances and Best Buy cropped up as a competitor. Circuit City responded to the competition by rapidly opening more stores, but many of them failed. Circuit City declared bankruptcy in November, 2008. Enron emerged as an energy supplier and commodity trader beginning in 1985, when it was formed from the merger of Houston Natural Gas and the energy company InterNorth. The company became a conglomerate that branched out into different money-losing services including broadband and water management. Its troubles stemmed from executives’ attempts to hide losses through accounting tricks. The recession of 2000 saw more losses for the company, and management began hiding those losses by creating dummy corporations. When the scandal became public, Enron stock dropped to $.67 a share, from a peak of $90.75. The company declared bankruptcy on December 2, 2001. At one time, Blockbuster dominated the home video rental market. While studios reportedly tried to sell video cassettes for as much as $75, Blockbuster charged a low rental fee. But by 1994, Blockbuster was struggling along with the entertainment industry, when box office ticket sales dropped by 2%. Rentals followed suit, and Blockbuster tried to make up for lost revenue by selling candy and snacks. The company failed to move into online distribution, and was later outpaced by Netflix, which began both mail and digital streaming services, taking away the bulk of Blockbuster’s business. Blockbuster closed its last 300 stores in November, 2013. Pan American World Airways began in 1927, flying mail and passengers between Key West, Florida and Havana, Cuba. It was initially valued as high-quality airline with highly-trained pilots, staff, and mechanics. But the energy crisis in 1970s led to increased fuel prices and decreased demand for flights. A hijacking in 1986 and the terrorist bombing over Lockerbie, Scotland in 1988 dealt serious blows to the company’s reputation. Pan Am went out of business in 1991. It’s hard to remember when buying music meant driving to a store and browsing bins of records and CDs. Tower Records had stores throughout the Unites States and Europe, as well as Tokyo. Due to rising competition from the likes of Wal-Mart and Target, Tower Records took on $110 million in debt as a way to finance expansion through more stores. Then Napster captured the imagination of music buffs by offering online file sharing, and iTunes began selling digital downloads. As the CD went the way of the dinosaurs, Tower found it difficult to adjust to the digital marketplace, and declared bankruptcy in 2004 and again in 2006. At its peak in 1978, Polaroid had $3 billion in revenue. But the advent of digital photography led to bankruptcy for the “instant film” company in 2008. The company reinvented itself, however, and today offers multiple digital products, including tablets, television sets, and digital cameras. The company’s “polarizer” technology enhances many LCD flat-screen televisions sold today. The company still sells versions of its old instant film cameras. This company became the symbol of the early aughts Dotcom excesses and bust. Pets.com couldn’t sustain itself as on online retailer, and losing $147 million in 2000. Investors stopped funding the company, and it went out of business the same year. 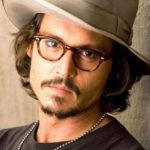 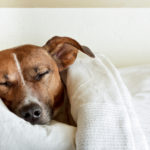