For existence everything needs an opposite side whether its good for bad, or positive for negative. How do you measure good without evil? Our picks of the best villains in video games will all leave an indelible mark on you – and if your favorite foe isn’t here, take to the comments and let us know just how evil our exclusion really is. So, without any further ado here are the 10 of the best villains in video games.

Albert Wesker is one of the central characters in Capcom’s Resident Evil series. He is first introduced in the original Resident Evil game, in which he is the captain of U.S. police team STARS. His character is further explored in subsequent installments, which feature Wesker as a recurring character within the series extensive narrative. Initially introduced as a supporting character in the first game, he has been one of the primary antagonists throughout the series, where he usually manipulates story events behind-the-scenes. Power-hungry, knowledgeable and infinitely cunning, he was a man who sought to replace the entire human race through mass extinction and enforced evolution.

Dracula Vlad Ţepeş or simply known as Dracula is a fictional character from the multi-platform Castlevania video game series. A vampire and sorcerer, he is the main antagonist of the series and the final boss of almost every installment. He is the overall primary protagonist in the rebooted Castlevania trilogy The Lords of Shadow — though he takes on his classical antagonistic role in the game The Mirror of Fate— where his origin is heavily altered, as he is reimagined as being part of a holy order who eventually falls from grace and becomes the vampire Dracula. The Joker is a fictional supervillain who appears in American comic books published by DC Comics. The character was created by Jerry Robinson, Bill Finger, and Bob Kane, and first appeared in Batman #1. Credit for the character’s creation is disputed; Kane and Robinson claimed responsibility for the Joker’s design, while acknowledging Finger’s writing contribution. Darth Vader is a fictional character. He appears in the original trilogy as a pivotal figure, as well as the prequel trilogy as a central figure. The character was created by George Lucas and has been portrayed by numerous actors. Handsome Jack is a character in Gearbox Software’s Borderlands video game franchise. Jack is the President of the Hyperion Corporation, which takes control of the planet Pandora; in his mind, he is the hero of the story, the heroic savior of everyone and that the world revolves around him. Bowser, or King Koopa, is a fictional character and the main antagonist of Nintendo’s Mario franchise. In the U.S., the character was first referred to as “Bowser, King of the Koopas” and “the sorcerer king” in the instruction manual. Bowser is the leader of the turtle-like Koopa race, and has been the archenemy of Mario since his first appearance, in the 1985 video game Super Mario Bros. His ultimate goals are to kidnap Princess Peach, defeat Mario, and conquer the Mushroom Kingdom. Did I ever tell you what the definition of insanity is? Vaas Montenegro, the primary antagonist of Far Cry 3, is one of the most enduring and well-remembered villains from recent video game history. He frequents many a top-10 list of bad guys, and general consensus from gaming communities is that he’s the strongest and most revered villain in the Far Cry franchise, maybe even of any of Ubisoft’s titles. Sephiroth is a fictional character in the role-playing video game Final Fantasy VII developed by Square, where he is the main antagonist. Sephiroth is later revealed to be the result of an experiment by the megacorporation Shinra, in which they injected him with cells from the extraterrestrial lifeform Jenova when he was still a fetus. Upon discovering this, Sephiroth decides to follow what he believes to be his destiny and take control of the Planet, while Cloud and the game’s other protagonists attempt to stop him. GLaDOS is a fictional artificially intelligent computer system and the main antagonist in the game Portal as well as the first half of its sequel, Portal 2, until becoming partners with the player during the second half of the sequel. She was created by Erik Wolpaw and Kim Swift and is voiced by Ellen McLain. She is responsible for testing and maintenance in Aperture Science research facility in both video games. While she initially appears to simply be a voice to guide and aid the player, her words and actions become increasingly malicious until she makes her intentions clear. The game reveals that she is corrupted and used a neurotoxin to kill the scientists in the lab. Ganon,[a][b] also known as Ganondorf[c] in his humanoid form, is a fictional character and the main antagonist of Nintendo’s The Legend of Zelda video game series. Ganon is the final boss in many Zelda titles. In the games, the character alternates between two forms: a massive, demonic boar-like creature and a tall, heavily built Gerudo, a race of humanoid desert nomads. In most games, he possesses the Triforce of Power, a third of the full Triforce that gives him godlike strength, boundless mystical power, and invulnerability to all but the most powerful sacred weapons, such as the Master Sword. 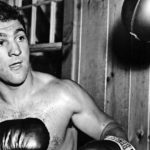 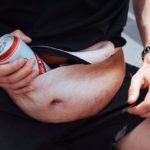