Boxing traces its history to ancient Greece when an event similar to boxing was added to the Olympic Games in 688 BC. Since the start of the 20th century, boxing slowly emerged as a premier sport and later, it became the top fight sport in the planet. Over the decades, we’ve seen too many great fighters emerge and fade. So, The agenda today is the age-old debate of just who are the greatest Boxing champion of all time. Below, We have listed 10 of the greatest boxing champions of all time. We can say that Shane Mosley is the greatest lightweight that ever lived. He Went to Fight 34 times and emerged a winner all 34 times. His power at 135 pounds may be unmatched in the history of boxing. Former American sportswriter Larry Merchant calls Shane the most physically dominant lightweight he has ever covered. Born on June 16, 1951, in El Chorrillo, Panama, Durán rose from poverty to become a famed professional boxer. Known for his punching power, he won world championships in four weight classes, though his reputation took a hit with his “no más” loss to Sugar Ray Leonard in 1980. Guglielmo Papaleo also known as Willie Pep was an American professional boxer. He held the World Featherweight championship twice between the years of 1942 and 1950. Pep boxed a total of 1,956 rounds in the 241 bouts during his 26-year career, a considerable number of rounds and bouts even for a fighter of his era. Henry Jackson Jr. was an American professional boxer and a world boxing champion who fought under the name Henry Armstrong. Armstrong was one of the few fighters to win in three or more different divisions: featherweight, lightweight, and welterweight. He defended his welterweight title a total of nineteen times. Michael Gerard Tyson is an American former professional boxer who competed from 1985 to 2005. Perhaps the most feared fighter the sport has ever seen, Mike Tyson was the sport’s biggest star during the 1990’s. Iron Mike was a wrecking machine, he punched his way to becoming the youngest heavyweight champion of all-time at 20 years, 4 months and 22 days old when he knocked out Trevor Berbick in two rounds in 1986. Tyson would go on to unify the belts and become undisputed champion, becoming the first heavyweight fighter to win the WBC, WBA and IBF titles and the only one, at that time, to unify all of them. Tyson defended his titles nine times before he was shocked by James “Buster” Douglas in Japan. Joseph Louis Barrow, best known as Joe Louis was an American professional boxer who competed from 1934 to 1951. He reigned as the world heavyweight champion from 1937 to 1949, and is considered to be one of the greatest heavyweight boxers of all time. He held the heavyweight title longer than anybody did at 11 years, 8 months and 7 days and made more successful title defenses than anyone in history at 25. Rocco Francis Marchegiano, best known as Rocky Marciano, was an American professional boxer who competed from 1947 to 1955. He was known for his punching power, relentless attacking style, incredible stamina and granite chin. Marciano won the heavyweight title with a 13th round knockout of Jersey Joe Walcott in September 1952. He retired undefeated and as world champion after six title defenses in 1956 and is the only undefeated heavyweight champion in the history of boxing. Marciano retired with a record of 49-0 with 43 knockouts. His 87.76% knockout rate still ranks as one of the highest every in the history of the sport. Widely considered as the greatest boxer of all-time ( “The Greatest” was his nickname), Muhammad Ali is one of the most popular athletes of any sport and the fighter who transcended the game of boxing to a different level. He became the first fighter to win the heavyweight division three times. He is the undisputed peoples champion. In his prime before the draft and name change he was a true work of art. At 6 foot three he has the movement of a dancer, the height of a two guard, the power of a heavyweight but the skill tact and speed of a light Middleweight. Before him no one fought like him. As he said, he stung like a bee and floated like a butterfly.  Which boxer do you think was the greatest, tell us in the comment section below. 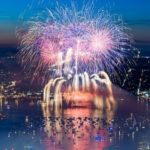 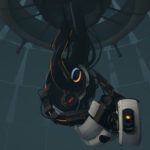