The number sold represents how many units were sold throughout its whole lifetime. The first cell phone was produced by Motorola. Since then there have been produced around 17.37 billion mobile phones.Here is the list of 10 of the most popular phones of all time

Launched by none other than the late Steve Jobs in 2007, the Apple iPhone ushered in a new era in the realm of mobile phones. The all-touch device vowed the world with its futuristic (for that time) features like on-screen keyboard, quad-band GSM support and a gamut of sensors like accelerometer, proximity sensor and ambient light sensor. And even though it lacked the App Store when it launched, the iPhone paved the way for modern-day smartphones. The rest, is history. HTC might be going through troubled times now, but it holds the distinction of being the manufacturer that launched the first commercially available smartphone to run Android. HTC Dream had a horizontal slide-out touchscreen that hid a full keyboard underneath. It had 192MB of RAM and 256MB of internal memory. Running Android 1.6 Donut, the smartphone came with a 1,150mAh battery. Although its glory days are long gone today, there was a time when BlackBerry’s handsets were the very definition of what a business-class communication device could be. And the 2006-launched Pearl 8100 is an embodiment of that. Having a SureType keyboard, the smartphone came with a trackball for precise navigation. It was also the first Blackberry handset to offer a 1.3MP camera. Having a colour screen, the 8100 had the company’s renowned security features.

Released in 1999, the Ericsson T28 was the slimmest mobile phone during its time, weighing mere 83 grams. The phone was dual-band GSM compatible and had a phonebook for storing up to 250 contacts. Classic games like Tetris and Solitaire were also on-board. Apart from its own collection of monophonic ringtones, the phone allowed users to compose their own. If there’s one mobile phone that can be considered a style statement first and a communication device second, it has to be the Moto RAZR V3. Launched by Motorola in 2003, the Moto RAZR V3 was, true to its name, a razor-thin clamshell phone with a sleek design. It boasted of an aluminium body and an external glass screen. A true symbol of Nokia’s engineering prowess, the 9210 Communicator was a business-class smartphone that opened up like a laptop to reveal a mini-keyboard. It was unveiled in 2000 and had a colour screen. It was one of the few mobile phones that can send and receive fax. From internet access to email and from unit converter to a fold-out antenna, the 9210 had it all. Launched in 2003, the quirky-looking Nokia 6600 was one of the earliest smartphones from Nokia. It ran Symbian OS and featured a VGA (0.3 MP) resolution rear-camera with video-call functionality. Having 6MB of internal memory (expandable externally), the phone had a 5-way joystick and a 2.16-inch TFT display. The dirt-cheap Nokia 1100 too is among the best-selling mobile phones of all time. Sporting a no-frills design and stellar battery life, the 1100 was launched in 2003 and had a built-in flashlight. It could hold 50 text messages and came with a cool-collection of ringtones. We can personally attest to its toughness, as this author has seen it fall from a four-storey building and survive to work just fine. The history of mobile phones can never be complete without Nokia. The Finnish manufacturer has lots of iconic devices to its credit, with the Nokia 3310 certainly being the most widely-known. Tough as a rock, the 3310 (and its siblings with similar model numbers) was launched in 2000 and came with customizable Xpress-On covers. Unveiled in 1996, the Motorola StarTAC is a clamshell (flip-style) mobile phone that’s the first of its kind. It was a 2G phone that had a monochrome graphic display of 4×15 character resolution. The phone supported mono-ringtones, vibration alerts and had a 500mAh battery. 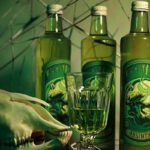